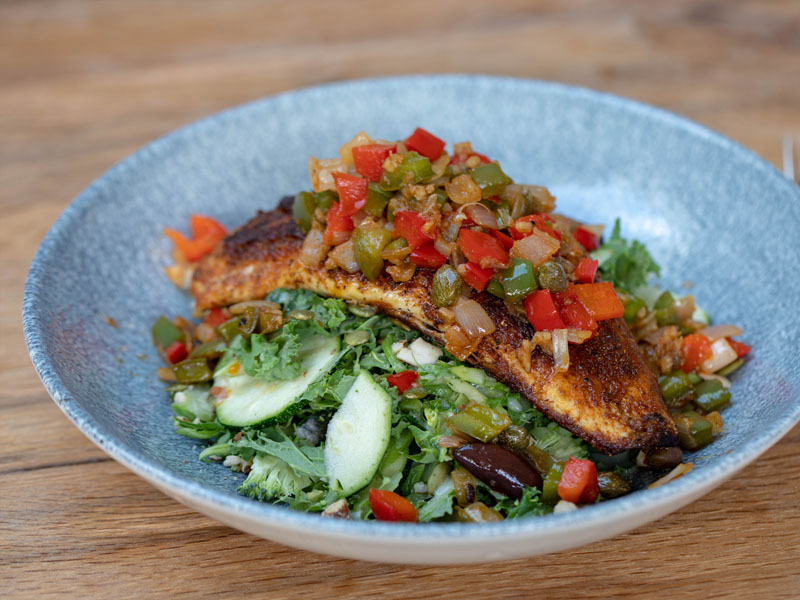 (We used ingredients from The Shropshire Spice Company)

Take the fish out of the fridge about 20 minutes before cooking.  Sprinkle with salt on both sides and set aside.

In a medium skillet, heat 2 tbsp olive oil over medium heat until hot and shimmering but not smoking.

Add the peppers, shallots and garlic.  Season with salt and 1 tsp of the spice mixture.  Cook, stirring regularly, for 5 minutes or until the peppers have softened.  Turn the heat to lowest and stir in the chopped olives and capers.

Pat fish dry and season with the remaining spice mixture on both sides.

Add the horseradish, olive oil, vinegar, mustard and salt into a jar or dressing shaker.  Shake well until mixed.  Pour over the slaw and garnish with the pumpkin seeds.  Plate up ready for the sea bass.

Remove fish from heat and immediately drizzle lemon juice over.  Serve hot with the pepper medley spooned on top of the fish, which sits on top of the crunchy slaw.