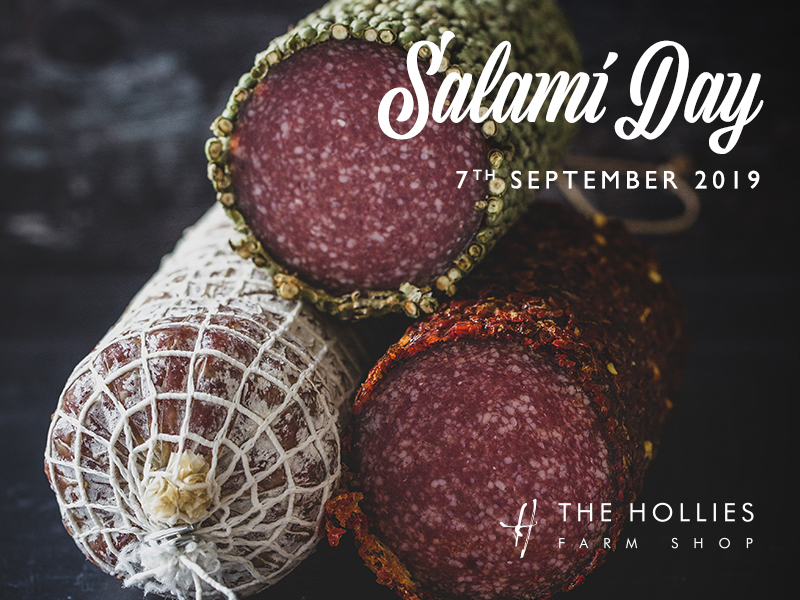 Historically, salami was popular among southern, eastern and central European peasants because it could be stored at room temperature for up to 40 days once cut, supplementing the small or inconsistent supply of fresh meat they would have available to them. Today, countries across Europe still make their own traditional varieties of salami and we have both German and Italian varieties in our Delicatessen at Little Budworth including green pepper coated salami, paprika coated salami and Milano salami. To celebrate Salami Day, look out for Graham’s special salami sandwich of the week at The Deli Bar at Little Budworth. For the week commencing Saturday the 7th September enjoy Italian Napoli salami, Spanish chorizo and German black pepper salami with sliced olives and pickles accompanied by a mustard mayo dressing on a rustic baguette!